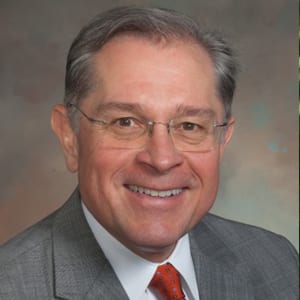 James L. Madara M.D. is CEO of the American Medical Association. The AMA is the largest physicians organization and has as its mission: “to promote the art and science of medicine and the betterment of public health”. Jim began his career as a physician-scientist after receiving clinical and research training at Harvard Medical School and its affiliated hospitals. He has served in academic leadership posts at several institutions: Professor and Director of the Harvard Digestive Diseases Center, Timmie Professor and Chair of Pathology and Laboratory Medicine at Emory, Thompson Distinguished Service Professor and Dean of the Division of Biological Science and Pritzker School of Medicine at the University of Chicago, and CEO of the University of Chicago Hospitals. He is currently Adjunct Professor at Northwestern University, Feinberg School of Medicine.

Jim has served on the boards of the National Opinion Research Center, the Chicagoland Chamber of Commerce, and Research!America. He has been recognized with several awards including: the prestigious MERIT Award from the National Institutes of Health, the Astra Zeneca International Prize for Distinguished Research in Digestive Diseases, the Horace W. Davenport Lifetime Achievement Award from the American Physiological Society, the Lifetime Achievement Mentoring Award from the American Gastroenterological Association, and honorary degrees from Juniata College and Harvard University.