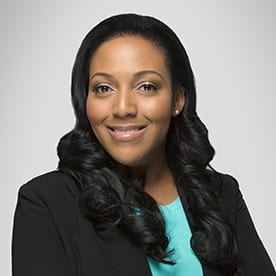 With more than two decades of experience in the non-profit sector Yolanda F. Johnson has successfully led fundraising operations for a wide range of nonprofit organizations, launching creative event, sponsorship and marketing initiatives that produced new streams of both contributed and earned income. Her fundraising expertise includes securing foundation, corporate, and government funding and cultivating a diverse major gifts portfolio.

In addition to leading YFJ Consulting, LLC, Yolanda is the Founder of WOC, Women of Color in Fundraising and Philanthropy and President of Women In Development (WID), NY, the NYC area's premier professional organization for women in fundraising and philanthropy. Yolanda also has had an outstanding career as a performing artist, as a composer, as a producer, as an educator, and she has used her background as a performer to become a sought-after fundraising expert.

Her leadership roles include serving as an International Advisory Board member and the former Representative for the Foundation for Post Conflict Development to the United Nations, and a member of the board of directors of the Hudson River Museum and the Lehman College Art Gallery. A trailblazing figure on the national fundraising landscape, Yolanda is the first African American President in the 40-year history of WID. She co-established the WID Diversity and Inclusion Task Force and is often a featured expert on incorporating DEI initiatives into organizational culture. She has appeared as a panelist at Fundraising Day in New York, the Women’s Alliance National Conference and CASE events among others. Yolanda was also recently appointed to the Chronicle of Philanthropy Advisory Committee of national leaders in the non-profit sector.

Tying together her life as a successful performing artist and a non-profit leader, she developed All the World's A Stage, a special workshop using performance practice for getting what one wants out of fundraising, philanthropy and life. She presents All the World's A Stage to audiences across the country. Yolanda is the Worship Leader/Music Director at First Baptist Church of Tarrytown, a member of Sigma Alpha Iota International Women’s Music Fraternity and is on the artist roster for Random Access Music/Queens New Music Festival and the newly formed Westchester Chamber Soloists Orchestra. She holds a B.A. in Voice (Music Performance) and an M.A. in Arts Administration with a focus on Fundraising and Events and is the author of various publications and articles on event fundraising, including A Useful Guide for Special Events.