If you were anything like me, you were grateful for this advice. We all want to be effective and efficient in our jobs. So we rely on best practices that we know work. They save us from re-inventing the wheel with each new prospect or donor. But are these “best practices” always best? Over the course of my career in women’s philanthropy, I’ve realized the importance of reexamining these tried-and-true approaches. When we reflect on the history of American philanthropy, we see that our best practice approaches were created with primarily one donor profile in mind.

The Origins of Our Fundraising “Best Practices”

The modern field of fundraising in the U.S. began in the 1950s and 1960s, when the prototypical donor was a white, straight male. The predominant organizations fundraising at that time were universities. Strategies they found to work with their donor pool included competition, deadlines, recognition, board positions and peer pressure to raise funds. These ways to gain support were replicated across campuses. As universities gained confidence in how to raise money, many began organizing and professionalizing the work. Rules, systems and staffing structures further normalized these practices. Eventually, the university playbook was embraced by nonprofits as well, shared by consultants as well as staff that moved from universities to nonprofits. Even today, new fundraisers are trained in these practices. Almost 60 years later, many annual appeals still start with, “Please give before June 30.” Levels of giving to be part of a “giving society” are often created with a focus on name recognition and access to benefits. An individual ask may often include a mention of what another person or group has given and the desire to join or surpass that level. Campaigns start setting goals from the top down. Some galas have a short and intense “pledge your gift now” segment during which individuals quickly raise their hands or paddles to give, urged on by the pressure of the time constraint and what others are pledging. This is not about one person doing anything wrong.  It is about all of us facing the reality that these learned practices are seared into us. All the ways we learned to raise money from primarily white men went beyond simple replication. They became codified functional skills required in our profession. None of us can break free without becoming keenly aware of the hundreds of processes these practices have generated and then grappling with the impact on today’s donors.

Current “best practices” do work: American fundraisers raised over $400 billion in 2017. When we look more closely at the data, however, we see troubling trends emerging. Although overall charitable giving is growing, the share of Americans who give is declining, and the incidence of giving is down in most every age group. This giving gap opened because of complex reasons, but one thing is clear: we are seeing fewer Americans give because we are applying the same approaches we’ve used since the 1960s to today’s very diverse donors. These strategies work well—but only for a portion of our donor pools. From my own work in women’s philanthropy, I know that these tried-and-true fundraising practices often either alienate women or gain only marginal support from them. I’ve learned that women give generously (and, contrary to popular opinion, give more than their male counterparts), but have different preferences than men when it comes to cultivation, solicitation and stewardship. We also have decades’ worth of research about a wide variety of other philanthropic preferences in our donor pools.

Fundraising “Best Practices” Are Not Enough for Today’s Donors

Of course, simply knowing how various donor groups prefer to make a difference is clearly not enough to raise significant money and support from them. If it were, we’d already be doing it. We as fundraisers need to remember that the best practices we rely on day-in and day-out were developed for the wealthy, white men of the 1950s and 1960s. These approaches still offer a valuable foundation for our work, but applying them unilaterally isn’t enough in today’s world. In my next blog, I will dive deeper into the unintended consequences of relying too heavily on these longstanding best practices, specifically in the world of women’s philanthropy. I truly believe it is time that nonprofits make a powerful commitment to growing engagement and support from all our donors, not just from those we are comfortable with now. We must adapt our fundraising if we want to close, not widen, a burgeoning giving gap. 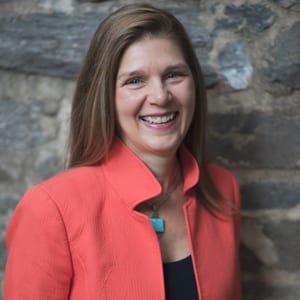